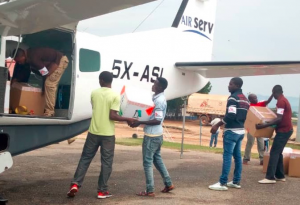 The most recent outbreak of Ebola in eastern DRC is attributed to one of the most fatal strains of the virus, and the death toll has risen to 49. Health officials have disclosed that the outbreak has now spread from the province of North Kivu to neighboring Ituri. 90 cases have been reported, 10 of which are health care providers, which is particularly concerning.

Field teams working to contain the outbreak have also identified well over 2000 possibly exposed contacts. As incubation can last up to 21 days, health workers are advising those potentially infected that symptoms may not show for three weeks. However, the extreme insecurity of the region has made it exceptionally difficult to trace the path of the virus. According to spokesman for the World Health Organization in Geneva, Tarik Jasarevic, “We’re at a critical moment where we are not yet sure we have all the chains of transmission identified.” He warns that the corners of the province contact tracers can not reach could allow the virus to continue spreading.

Air Serv is requesting donations and pledges toward emergency response programs to reduce the cost to humanitarian partners for critically needed transport services. Donor-supplemented programs will permit partner humanitarian organizations to focus the bulk of their budgets where they are most valuable, providing healthcare, shelter, food, and sanitation. Donations can be made through the Air Serv website at www.airserv.org.