WASHINGTON, D.C. – July 14, 2005 The International Rescue Committee and nine other leading human-rights and humanitarian-aid organizations have expressed concern about the safety of 8,000 refugees forced by Burundi to return to Rwanda against their wishes. The forced repatriation of refugees, known as refoulement, violates the United Nations’ 1951 Convention relating to the Status of Refugees. Both Burundi and Rwanda have signed the convention.

In a July 1 letter to Condoleeza Rice, U.S. Secretary of State, the organizations urged that she “insist that the Rwandan government provide guarantees that the safety and dignity of those returned from Burundi will be ensured, and that these guarantees be subject to effective international monitoring.” The letter to Rice (which appears below) was sent on behalf of the signing agencies by InterAction, a coalition of 160 U.S.-based development and humanitarian nongovernmental organizations.

As agencies engaged in humanitarian assistance and policy issues, we would like to thank you for your participation in the UNHCR event highlighting this year’s World Refugee Day celebrations. We welcome your personal commitment and the commitment of the U.S. Government to the principles celebrated on World Refugee Day and set forth in the 1951 Convention Relating to the Status of Refugees. US leadership in this area is critical if these principles are to be preserved and defended.

At the UNHCR event, we remembered the genocide in Rwanda and the suffering of Rwandan refugees who fled into bordering countries. Yet even as we commemorated these terrible events, the international community was shocked by the forced repatriation of Rwandan refugees carried out by the governments of Rwanda and Burundi on June 13 in blatant violation of the Refugee Convention. On that date, the government of Burundi, under pressure from the government of Rwanda, declared that the 8,000 Rwandan asylum seekers in Burundi were ineligible for asylum, designating them as illegal immigrants, and thereby clearing the way to forcibly expel them from Burundi. The fact that the Office of the United Nations High Commissioner for Refugees was excluded from the repatriation operation, underlines the problematic nature of these returns. This action constitutes a clear violation of the principle of non-refoulement that is enshrined in the Refugee Convention, to which both Burundi and Rwanda are state parties.

The government of Rwanda has justified its actions by stating that the asylum seekers were fleeing prosecution from the upcoming gacaca trials. Testimonies collected in the field, however, indicate that many of the asylum seekers sited other reasons for their flight, including serious acts of intimidation and violence by Rwandan local authorities. While the Refugee Convention excludes from international protection persons who have committed crimes, such exclusions can only be made after full consideration of the individual’s asylum claim. The asylum seekers in Burundi were given no such opportunity to have their claims considered.

We are gravely concerned that the recent refoulement has not only returned bona fide refugees to danger, but, if allowed to stand unchallenged, could set a dangerous precedent endangering the well-being of hundreds of thousands of people seeking asylum in the Great Lakes region.

As the refoulement of asylum seekers to Rwanda cannot now be reversed, it is imperative that the safety of those returned be secured. We urge you to insist that the Rwandan government provide guarantees that the safety and dignity of those returned from Burundi will be ensured, and that these guarantees be subject to effective international monitoring. We further urge you to meet immediately with representatives from the governments of Rwanda and Burundi to protest their actions and to insist that non-refoulement obligations under the Refugee Convention toward all asylum seekers in the region be respected. .

The Great Lakes region is at the crossroads of a delicate political transition towards democracy. We believe that respect for the rule of law is essential to success and must be supported by United States of America. 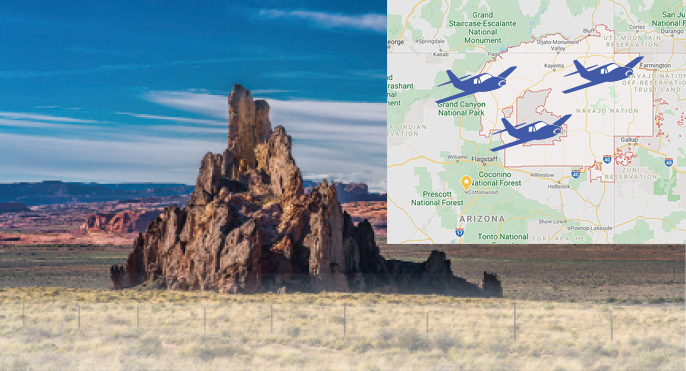 Help us support the Navajo Nation and Hopi Reservation in the fight against COVID-19!